Q&A WITH C.P. STILES AUTHOR OF THE CALL HOUSE: A WASHINGTON NOVEL @carostiles 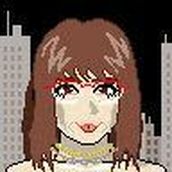 C.P. Stiles lives and writes in Washington, DC. The Call House: A Washington Novel is her first published novel, but she has a drawerful of new novels just waiting to be published. 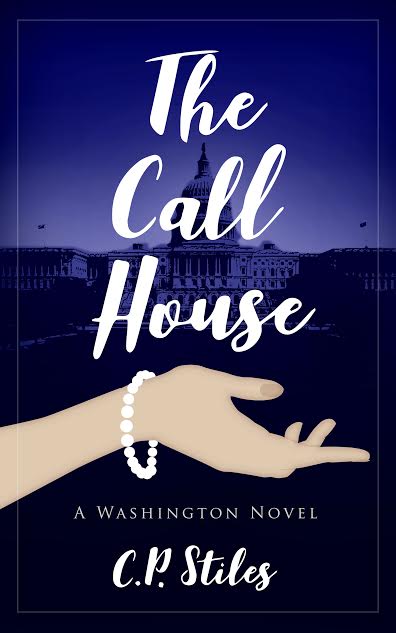 A war on vice In Washington, DC—a city constantly awash in scandals? Hard to believe, but it really happened.  Only not exactly the way it’s told here.

All Mattie Simon knows is that she want adventure and her hometown doesn’t have any. She wants independence, maybe some romance.

All Andrew Stevens wants is to do his job as a newly-elected congressman.

But Washington has a way of changing people—even when they get what they want.

Fast-paced and funny, The Call House takes you back to a time of relative innocence, when people flocked to Washington, DC, in the 1940s to do good works and instead got caught up in sex, money, and politics. What else would you expect?

Yes. Writing has always been a passion for me. As a child, I loved reading or listening to stories. Then I loved making them up. As soon as I could write, I put them down on paper. But I later learned that just because I spent so much time reading it didn’t automatically mean I actually understood how to write a novel. I guess I hoped I’d somehow absorbed everything I needed to know. It turned out I had an awful lot to learn. 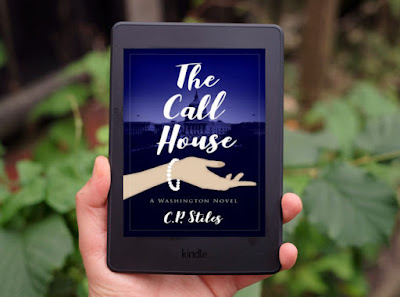 1.      Write the kind of books you like to read. If you don’t like reading romances, don’t try to write them because you know they’re popular. If your heart isn’t it, you won’t enjoy the work.
2.      Learn the difference between scene and summary. There’s that longstanding bit of advice about show don’t tell. It often leads writers to think they have to show too much. So, you’ll have a scene in a restaurant where the characters go through everything step-by-step. And it’s a little tedious and mechanical. If you can learn that sometimes it’s okay to summarize, it will make the action move more quickly.
3.      Don’t confuse movement with action. Sometimes there’ll be a scene where one character is nodding, or scratching his nose, or twirling her hair. That’s not action. That’s not moving the story along. And too many of those little character tics can be distracting.

Yes. Unfortunately. This happens most when I’m beginning a novel or a story. I can find a dozen little things that need to get done before I can sit down to work. I like to pretend it’s part of my process. Even if it’s just wasting time. Once I’m engaged by what I’m writing, I’m much more disciplined.

When I finally became serious about writing, I realized that if I’m writing a first draft, I write better in the morning. If I’m editing my work, I do that better later in the day. I’ve learned that for me, I can’t do both at the same time. I need to finish a draft before I can start editing.

I read as much as I can. All sorts of books. All different genres. I’ve just started to do the one thing I swore I wouldn’t do. I’ve loaded up my tablet with way more books than I’ll have time to read. But there are so many good books out now and so many new writers I’d like to find out more about. As a result, I’m doing another thing I swore I’d never do – if a book isn’t holding my interest in the first 30 or 50 pages, I’ll stop. Years ago, this would have been unthinkable.

This gets back to those questions you asked earlier about finding time and getting distracted. Right now, I don’t have a whole lot of uninterrupted time to create something new. But I do have enough time to go back to two novels and a collection of short stories I wrote a few years ago and see if I can make them better.