Meet the Author: Joni Parker, Author of Curse of the Sea 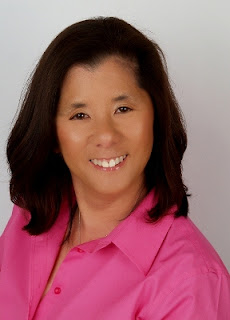 Joni was born in Chicago, moved to Japan, and returned to live in Phoenix, Arizona. After joining the Navy, she lived in Lakehurst, New Jersey where she met her husband, a career sailor. They moved to Jacksonville, Florida, from there to Pensacola, Florida where Joni attended the university. Upon graduation, she returned to the Navy and was stationed in Naples, Italy. From there, the Navy sent her to live in a number of U.S. cities and even spent a year with the U.S. Army at their Command and General Staff College obtaining a Master of Military Arts and Sciences. Upon her retirement, she traveled the country in an RV with her husband until he passed away. She returned to the workforce living in Dallas until she discovered a passion for writing fantasy novels. She retired for a second time and now lives in Tucson, Arizona. 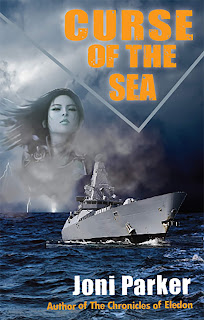 A NATO training exercise goes terribly wrong when five warships from different countries are mysteriously transported to Eledon, the Realm of the Elves. The warrior Lady Alexin is charged to escort the troops back home to London in the year 2031 with the aid of the Wizard Ecstasy and a magic shrinking potion. Yet, when the authorities question her story, Alex is detained and imprisoned under suspicion of terrorism. Caught in a web of politics, betrayal and bungling bureaucracy, the confusing world of the future will push her magical gifts to their limit, and her own future will hang in the balance, caught between “justice” and the place she calls home.

Peter Jackson and J.R.R. Tolkien inspired me to write. Not directly in person of course, but through their works. After seeing and reading the Lord of the Rings Trilogy, I created my own character, one who was not only part Elf but also mortal and Titan. She brought a lot of stories with her and soon, it was more than my little brain could handle. I had to write them down and my writing career began.

Unfortunately, I’m one of those kids who never knew what I wanted to be when I grew up. I even dropped out of college and joined the Navy. After three years, I got out and went back to college but I still didn’t know what I wanted to do. I got a degree in accounting because it was a job skill that was needed in business. I tried working in the field and very quickly realized I didn’t like it. I went back in the Navy and finished out my career, so I would get a retirement. Once I retired, my husband and I climbed into our motorhome and toured the country and Canada until he passed away. I went back to work and after six years on the job, I discovered my love for writing fiction. I was 58. I retired again at 60 and have been writing ever since. It’s been a steep learning curve, but I love it.

I do take notes when I come across something that could be useful for my stories. My sister was surprised when I wrote down some information from a TV commercial that I thought would be useful. When I researched the product, it didn’t work as advertised so I didn’t include it. I don’t write notes during a movie—it’s too dark and a light would bother other moviegoers.

First, you can’t be an author unless you write. Second, your first draft of anything is just that, a first draft. Rewriting is a critical and creative part of writing. Third, read. Not only in your genre, but also outside of it.

No, but that means that some things don’t get done. I should rake the leaves in the yard and mop the floor in the kitchen, but that can wait until I finish writing down whatever it is. Usually, I have a story in mind that won’t let me rest until I get it down in writing. Or, in this case, I need to get this interview done.

I treat my writing like a job so I write all day. The best time is in the morning, but sometimes, I get up in the middle of the night with an idea that I just have to write down.

I haven’t been in the past. My sister has instilled a more disciplined approach to reading. We go to the library every three weeks and I check out 4 books. We’ll also trade books as needed. I also post book reviews on my blog, but I only blog about the books I finish, not the ones I can’t get through. Anyway, I’ve posted over 60 book reviews this year. That’s a record for me.

I’m working on the next 2 books of the Admiralty Archives. The working title for the first one is The Edge of Death and the second is A Call From Home. I’ve also written some short stories for my writing group and published 2 in the first anthology called Beyond Tucson: Adventures in Multiverse. A second anthology is in the works and I’ve already submitted 4 short stories.