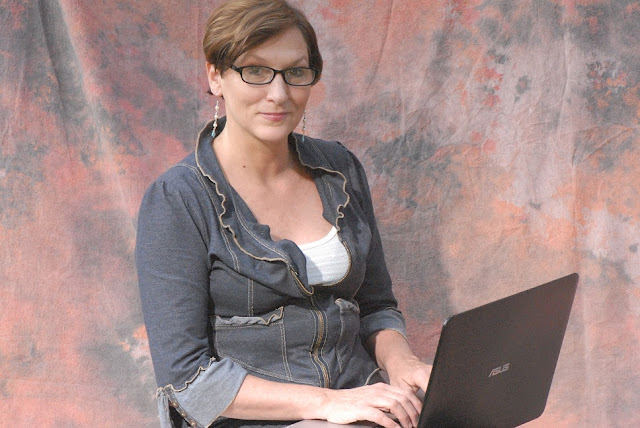 Canadian born Ellen Marie Francisco worked in feature film development and production in Toronto on Canadian Content film projects partially funded through Telefilm Canada in the ‘80s. She was transferred to Los Angeles in the early ‘90s to help expand the production company into Los Angeles. Her work in the entertainment industry continued for decades under a NAFTA Investor Visa in Los Angeles, and environs with her catering company Amazing Graze. Her resort community Real Estate business Cabin Ready operated to the point of her untimely arrest.
Francisco has also worked in the publishing industry. Along the way, she landed a job with writer Sidney Sheldon as a proofreader and fan mail response writer. That experience and her tenure in publishing helped shape her own voice.

Her work as a photographer in Toronto and California in the early ‘90s landed her backstage access to Cirque du Soleil and one of her first print credits. She has sold and/or shown photographic works in galleries on the Big Island of Hawaii, in Los Angeles and Toronto. The book is filled with her raw and captivating vector artwork, a visual storyboard to her harrowing journey through the “Incarcer Nation.”

Francisco is the adoptive mother of two children and a Chihuahua named Piglet. They currently reside in Ottawa, Ontario.

Her latest book is Good Girl’s Guide to County Jail. 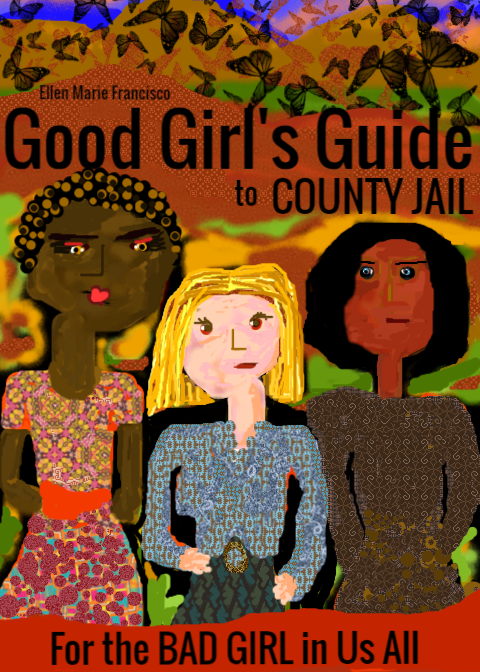 Millions of viewers have made the television series “Orange is the New Black” a pop culture sensation, but Ellen Marie Francisco (http://www.EllenMarieFrancisco.com) has no interest in watching it or reading the memoir, by Piper Kerman, which spawned the hit show.

Francisco has lived her own version of “Orange is the New Black,” an experience she refers to as “innocent in oranges.” “Oranges” is prison jargon for the orange jump suits worn by prisoners who have been charged but who have not yet been to trial, Francisco explains.

Francisco, an author and entrepreneur, describes her experience behind bars in her latest book, GOOD GIRL’S GUIDE TO COUNTY JAIL (FOR THE BAD GIRL IN US ALL). A gripping and candid tale of her journey through three California jails for women, GOOD GIRL’S GUIDE TO COUNTY JAIL (https://books.friesenpress.com/store/title/119734000025993982) also serves as a resource guide for navigating the legal thickets necessary to surviving what Francisco dubs the “Incarcer Nation”.

GOOD GIRL’S GUIDE TO COUNTY JAIL “is a call to action to remedy the lack of support for pre-sentenced women sitting in jails across America who are not educated enough to understand what they’re negotiating in the courtroom,” Francisco explains, “and for the women who don’t realize how close they already are to the courthouse steps.”

Francisco was arrested in 2013 in Lake Arrowhead, California and charged with carjacking, assault with a deadly weapon and robbery after an incident involving her impounded car. The charges were ultimately dropped, but not before Francisco had served nearly two months in three county jails. While locked up, she talked to hundreds of women “each on a different path without a definitive end, each living with the certain fear that they were not in control of their own lives.”

Those conversations became the nucleus of GOOD GIRL’S GUIDE TO COUNTY JAIL.

Q: Welcome to The Writer's Life!  Now that your book has been published, we’d love to find out more about the process.  Can we begin by having you take us at the beginning?  When did you come up with the idea to write your book?

A: good girl's guide to county jail for the bad girl in us all: your guide to the Incarcer Nation was conceived in August 2013, shortly after I was arrested for carjacking my own car out of impound. I was sitting in a large population dorm talking to hundreds of women who were in desperate situations. We all shared a level of isolated frustration as we negotiated for our freedom without essential supports.

With nothing but time on my hands, and virtually no experience in the criminal justice system, I decided I would interview as many girls as I could to create a survival guide of sorts for those that would follow in my wake. It was evident the system was warped and corrupt. It was clear I needed all the help I could get - we all did. And there was very little at the ready. So, there was the sense I didn't want to miss anything vital that may help prevent someone else from living a nightmare similar to mine.

The idea was to help enlighten and empower girls to the many traps the system sets, and to provide a snap shot of a world I hoped to never be in again, and to join the dots between how domestic violence, and the violation of women's rights in America are the biggest driving forces behind the staggering growth of women's jail and prison populations across the United States.

Writing has long been a captivating experience for me, especially during stressful periods in my life, but in this setting, with so much injustice doled out so plentifully, I could not resist the task of reporting my findings in real time. By the time my fifty-nine day sojourn into the jail system was over, I was finished the narrative portions of good girl's guide to county jail for the bad girl in us all: your guide to the incarcer nation. Once I was out, I got to work researching historical, and statistical information, and interviewing criminal defense attorneys to help round out the bad girl perspective.

Q: How hard was it to write a book like this and do you have any tips that you could pass on which would make the journey easier for other writers?

A: The hardest part of writing this book was being arrested in the first place. It was not a book I would ever have thought to write had I not been incarcerated. The topic turned my stomach for the most part.

Because I had a really clear vision of what needs my reader would have, I kept true to that throughout revisions, edits, content edits, design elements, and everything else necessary to bring the project to completion. There were many gestational periods where I would let the work rest, and disengage my mind from it altogether. Sometimes for months at a time. I would not abandon the whole project though. I would use that time to focus on long term marketing plans, to recheck my statistics, to find like-minded individuals and organizations that were committed to changing the draconian aspects of modern criminal law and the face of incarceration in the nation.

My tips: The writing of it isn't always the hardest part. It's being committed to the process and understanding books can't be rushed into life. Once you've written long enough to realize that a book has its own needs beyond yours, you're much more mentally prepared for the long-haul. In my case it took 59 days to write it, and nearly 1500 days to revisit it.
Q: Who is your publisher and how did you find them or did you self-publish?

A: I did self-publish. I'd been thinking about starting a publishing company for years, and I was enticed with the idea of being able to test the waters with a book that could potentially transform lives.
Q: Is there anything that surprised you about getting your first book published?

Seeing something that had started as pencil written lined pages and sketches progress into digital and vector versions over time was an expected part of the process. As the project evolved through edits, content edits, and revision rounds into final color print-ready proofs, the anticipation was endless as we worked through minute details I didn't always see coming as a newbie to the trade.

To have my first copies arrive in a box on my doorstep four years after I started working on it was a bit shocking in itself, and I was really pleased to see the quality of the product. I'm so surprised that this was the first book I published because I'd written two novels, a true crime memoir, and a series of short stories that were completed long before this ever entered my consciousness and I'd shopped them around to agents at writers conferences off and on for years. In many ways I may have preferred a more traditional approach to the industry, but I was so possessed by the idea of revealing the injustices I witnessed in jail and in court I felt I had no other choice but to start my own publishing company. My desire for social reform far outweighed my need to stick with a traditional approach.

Q. What other books are you working on and when will they be published?

A: My jail-time memoir I stand corrected, originally part of good girl's guide to county jail for the bad girl in us all: your guide to the incarcer nation is now being edited and prepared for publication. Good girl's guide to inner peace for the guru in us all is the second book in the good girl's guide series of books and is a valuable inner resource for those wishing to understand themselves better. They will be published in late 2018, and early 2019.

Q: What’s one fact about your book that would surprise people?

A: That it's a resource book for the innocent and guilty alike.

Q: Finally, what message are you trying to get across with your book?

A: Nothing changes unless we do.
Q: Thank you again for this interview!  Do you have any final words?

A: For the price of a book, readers can save thousands in legal fees by using the legal forms at the back of the book to protect themselves, their families, and their assets. An incarceration, hospitalization, or any other kind of incapacitating personal crisis may alter the course of one's life in minutes. You would be surprised how easy it is to protect your own interests with some simple planning and forethought.