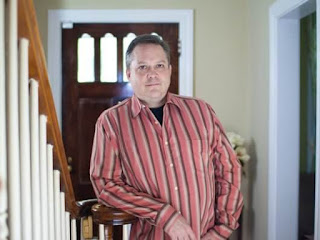 While growing up in South Carolina, Sean didn't realize it, but he was absorbing the styles, mannerisms, idiosyncrasies, dialects and the culture of his home.   Add to this the time he spent traveling the other Carolina for school and then North America for work, he collected a vast array of experiences and observations from which to draw upon and bring together in his writing.

After studying law in North Carolina, Sean settled in Charleston, South Carolina and instantly became enamored with the people as well as the city.

One day he started writing and the words, generally, kept flowing. A page became a chapter which ultimately became a book known as The Trust.  After this the process started again and The Solicitor was the end result. Hopefully, if you are reading this you either have, or soon will have, your very own copy of one or both.

The experience of taking two novels from conceptualization to print has been one of frustration peppered with increasing amounts of reward.  Each step from the first words hitting the page to ultimately holding a book in hand has been a personal reward.

When Sean is not writing he practices Family Law and works as a Domestic Mediator and lives with his Wife and an ever-expanding pack of rescue canines – the current count is 4.  As well, Sean can frequently be found wandering the lowcountry of South Carolina with his camera, playing guitar in assorted venues around Charleston or exploring the underwater world of the southeast.

When you make your living fighting for justice, the last place you expect to wake up is behind bars.

Attorney Noah Parks has spent his life keeping people out of jail.  When he’s charged with the 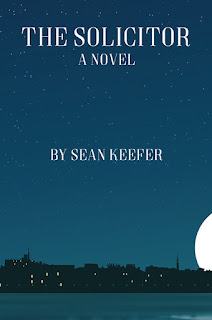 murder of a candidate for Charleston County Solicitor he finds himself on the wrong side of the law for a crime he says he didn’t commit.

No longer fighting for others and now relying on the help of the few people he does trust, Noah must fight to clear his name and find the real killer before it’s too late.

His search will lead him through a maze of deceptions, lies, family turmoil and treachery that spans generations.

The Solicitor is set in historic Charleston and the surrounding South Carolina Lowcountry where under the surface things are not always as genteel as they appear.

I have always been drawn to books.  At a young age, I discovered libraries and the allure of books. I’ve been an avid reader (some would say obsessed) since then.

One day an idea formed in my head, a “What if….” and my first book began to take shape.

I guess that the real inspiration for my becoming a writer can be found in part by all of the books I have, and continue, to read.

Like many writers, I’ve always thought about writing a book, I just never actually tried to. When I finally started writing, I started wondering why I didn’t try it years earlier. Though I came to it later in life, it always seems new for me, frustrating at other times, but always rewarding.

When I watch a movie, I sometimes research ideas, characters or locations in the movie, but never take notes. When I read, sometimes I do, but mostly I dive headlong into the story.

I tell people I am a struggling writer and musician who supports himself practicing law. My day job is that of a domestic attorney – divorce, custody, property division, alimony, child support and the like, but my practice is limited to assisting parties involved in the domestic process resolve their difference through mediation. So rather than representing parties to a divorce or a dispute, now I work as a mediator drawing upon my experience as an attorney to help people resolve their disputes out of court.

1 - Schedule time to write.
2 - Just write. Get the words down on paper, even if you aren’t happy with them. Once you have something down on paper you can move on to step three.
3 - Edit, edit and edit again

Absolutely not. Years back I imposed a ban on all non-important things getting in the way of my writing. However, somehow, despite my ban, those pesky little things always find a way to creep back into the process. You have to keep a vigilant look out and work to keep them at bay.

I am a constant reader.  I always have a few books going and wish I could read more. It troubles me all of the great books that exist that I will never get to enjoy, but it makes me happy that I am always discovering new books and new writers.

I am working my way through Greg Iles Natchez series.

I am reading a biography of John Kennedy Toole titled “Butterfly in the Typewriter” by Cory MacLauchlin.

I am reading book one in the Harper McDaniel series titled “When They Come for You” by James W. Hall.

I have just finished writing a nonfiction book on mediation and am working on my third mystery in the Noah Parks series.