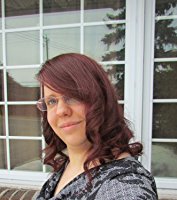 RJ Blain suffers from a Moleskine journal obsession, a pen fixation, and a terrible tendency to pun without warning.

When she isn't playing pretend, she likes to think she's a cartographer and a sumi-e painter.

In her spare time, she daydreams about being a spy. Should that fail, her contingency plan involves tying her best of enemies to spinning wheels and quoting James Bond villains until she is satisfied. 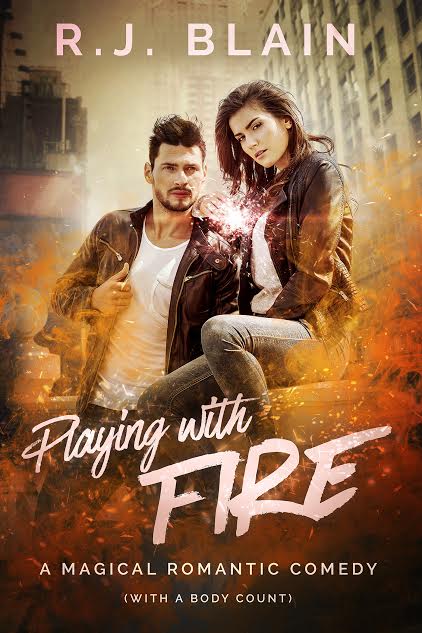 What do you get when you mix gorgons, an incubus, and the Calamity Queen? Trouble, and lots of it.

Working as the only human barista at a coffee shop catering to the magical is a tough gig on a good day. Bailey Gardener has few options. She can either keep spiking drinks with pixie dust to keep the locals happy, or spend the rest of her life cleaning up the world’s nastiest magical substances.

Unfortunately for her, Faery Fortunes is located in the heart of Manhattan Island, not far from where Police Chief Samuel Quinn works. If she’d been smart, she never would have agreed to help the man find his wife.

Bailey found her, all right—in the absolutely worst way possible.

One divorce and several years later, Bailey is once again entangled in Chief Quinn’s personal affairs, and he has good reason to hate her. Without her, he wouldn’t be Manhattan’s Most Wanted Bachelor, something he loathes. Without her, he’d still be married.

If only she’d said no when he asked her help, she might have had a chance with him. While her magic worked well, it came with a price: misfortune. Hers.

When Quinn’s former brother-in-law comes to her for help, he leaves her with a cell phone and seventy-five thousand reasons to put her magic to the test. However, when she discovers Quinn’s ex-wife is angling for revenge, Bailey’s tossed in the deep end along with her sexiest enemy.

Playing With Fire is available at Amazon.

Inspiration can be such a weird thing for me. It varies so much on who or what inspires me, and it’s been so long since I’ve started writing it’s difficult to remember what exactly got me into writing. But that said, if I had to stick the blame on anyone, I would credit two authors: Madeline L’Engle and A Wrinkle in Time for making me want to read in the first place, and Mercedes Lackey’s Valdemar for making me want to write.

Those two stick out to me the most.

I was in high school when I first started writing stories of any sort as far as I can remember. Before then, I was reading. I didn’t want to become a published writer until long after I moved away from home and started to see the world beyond my front door.

No, I don’t! When I’m reading, I’m completely immersed, so I almost never take notes on anything. If I’m not caught up in the story, I’ll find something else to do, be it pick a different book or write something.

I don’t watch television or movies. They don’t interest me, and I’m not really a big fan of visual media. (I love art, paintings, and portraits, things of that nature—not really one for movies or shows, though.)

Unless Jurassic Park is on. Then I’m cheering for the dinosaurs and the few humans I like in each film. Mostly the dinosaurs.

No. I was technically functionally illiterate until grade four, which was when I discovered I loved reading. I didn’t start writing until much later.

I count my lucky stars each and every day that writing is my day job. I used to have a desk job working in a marking department, but after the company downsized, I took the opportunity to start writing. I’ve been trying to make a real career out of it ever since.

Every day. If I don’t write something, I tend to get very persnickety and annoyed. So, I always try to get at least a few minutes in even on my day off, otherwise I’m a bit of a bear. It’s for the good of those around me!

Very much so! I try to read a little bit of something every day, even if it’s rereading one of the books I’ve rewritten to refresh myself on a story. Reading is such an integral part of my writing process. Every now and then, I take a week or two to just read, recharge my battery, and remember why I love writing so much.

Reading is an adventure I really wouldn’t want to live without!

Sadly, I’m between books at the moment. I’m really looking forward to getting my paws on the next Ilona Andrews book, the next Faith Hunter book, and the next Robin Hobb book. Once those three release for sale, I doubt anyone will hear from me for at least a few hours.

I tend to get lost when I start reading a good book.

I have a lot of things in the works right now. I just finished the rough draft of an urban fantasy royal romance, something new I’ve been experimenting with. It’s currently written in two notebooks, which means I have a lot of typing in my future, so it’ll probably sit on the back burner for a few months while I finish editing Water Viper, my next release. I also have the final book of my Witch & Wolf series in the works.

Once Water Viper is finished, I’ll be dedicating a lot of my time to the second Magical Romantic Comedy (with a body count) book, Hoofin’ It.

I’m hoping to have four or five more books released by the end of the year, but we’ll see how the cards fall.

Thanks so much for having me on your blog! 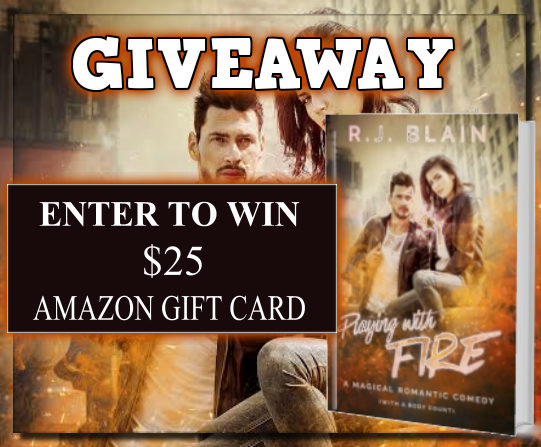 
a Rafflecopter giveaway
Confessions of an Eccentric Bookaholic posted at 12:00 AM