Why I Wrote Giant Killers by Steve Lawson


Why I Wrote Giant Killers: Overcoming Obstacles and Seizing Opportunities 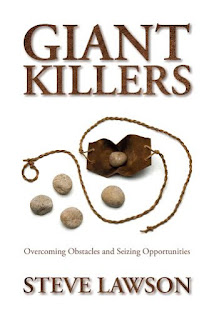 As a former pastor, I found myself continually speaking about grace; what it is, it’s transforming power, how it changes the way we treat people, and how it changes us. As the topic of grace continually popped up in various messages, my understanding of it and realization of how much I did not know continued to grow. As I continued to research and study emotional intelligence, I began to see the correlation of various aspects of God’s grace with the five main components of emotional intelligence. This became the foundation for Giant Killers.

Because my book was originally my final project for my doctoral degree, it read way too much like an academic document to be anywhere close to ready for publishing. In addition, I had to find an angle that would appeal to a larger audience. I mean a book on how God’s grace informs and empowers emotional intelligence isn’t the most attractive of concepts to the general public. So in a moment of inspiration, I chose the story of David and Goliath as my launching point for the book, and continued to use David’s life as a great warrior and King as my running metaphor.

As I began to rewrite and transition an academic paper into a book that the public could relate to and enjoy, and as I expanded each chapter and delved more deeply into each concept, I became even more excited at the possibility that something I wrote could actually help change lives. I’m very passionate about the message of Giant Killers and its ability to be transformational in someone’s life. All of us face obstacles. All of us deal with struggles that we can’t seem to overcome. And all of us, at one time or another, have had opportunities pass us by because we weren’t prepared or confident enough to take them on.

I believe that can change. I believe that we can develop the skills and character qualities necessary to take on both obstacles and opportunities with confidence. And I believe with all my heart that God’s grace has tremendous power that we have yet to understand. And I am convinced that He is not only willing and able, he wants us to experience that power more than we ever will. And I believe that the combination of the skills and character qualities found in emotional intelligence combined with the power of God’s grace have the potential to make us an unstoppable force. 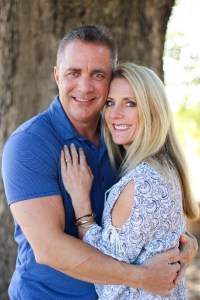 A former small-business owner and church planter, Steve Lawson recently stepped down as the senior pastor of Grace Community Church in Greenville, Texas, to focus on his writing, speaking, and leadership training activities.

Lawson owns Leadership Transformation Inc., providing emotional intelligence training and consulting to organizations of all sizes. More information on his consulting services is available at www.leadershiptransformation.net. An avid blogger and writer, Lawson is available for speaking engagements in churches, seminars, and conferences. You can contact him at www.stevelawson.us.

He and his wife, Karen, live in Greenville, Texas. They are the parents of three grown daughters.