Randy Rawls , author of Dating Death, is a retired Army officer who lives in Delray Beach, Florida. The weather of South Florida is about as close to paradise as he ever expects to get. It must be great because snowbirds crowd the area during “season.” It is also a writer’s Shangri-la, evidenced by the sheer number of them.

Before his military career and retirement to Florida, Randy grew up in a small town in North Carolina. Many of his values today are based on that upbringing—as well as the remnants of his accent. He had the opportunity after military retirement to live in Dallas for a few years. Since he grew up during the “John Wayne Generation,” he is a Texan at heart and wears his western hats with pride. 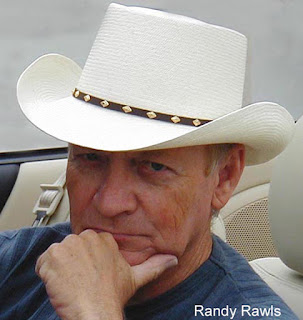 Reading has always been a love of his, from his earliest days to current time. It seemed only natural that at some point, it would translate into writing. Many starts fell to the wayside before he finally wrote THE END to one. That started a string of 12 books that have now been published. Randy fully intends to keep writing until his end.
Congratulations on the release of your latest book, Dating Death. When did you start writing and what got you into mysteries?
I have a mathematical bent and have always enjoyed the methodical steps of solving a puzzle. Reading mysteries is the literary equivalent to working my way through complicated math problems. Thus, when I chose to write, the obvious choice was a mystery. Since then, I’ve written both mysteries, thrillers, and a historical, but there is still the element of solving the puzzle in each. Planting clues and red herrings and challenging the reader to discern between them is fun.
What is your book about?
Dating Death is book 3 in the Beth Bowman series. In book 2, Best Defense, she earned the respect of Chief Elston, the Chief of Police of the Coral Lakes police department. Dating Death opens as Beth attends a meeting with Chief Elston. It wasn’t her first choice for the morning, but not an invitation she could reject. Chief Elston introduces her to Roger Adamson, a self-admitted dirty politician — self-admitted once he was caught in his skullduggery. However, beyond the things the police can charge him with is his relationship with a major crime boss in the area. Chief Elston wants the bigger fish.
Adamson has crafted a deal. He will provide the details the Chief wants, but at his own speed, and his life must not be affected by his cooperation with the police. This means the relationship must remain secret and the police must keep him alive. This is where Beth comes in. The Chief wants her to become Adamson’s consort/bodyguard for his public appearances.
Beth reluctantly agrees, not realizing the chaos she will face because of her decision. If not blessed with the support of a homeless group, her fate might be entirely different. 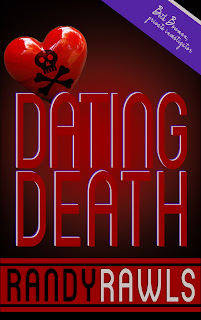 What was your inspiration for it?
My stories come from the headlines. Politics in South Florida, like many other places in the country, offer many examples of politicians who put their own fortunes first. Adamson was a natural for me. He’s an arrogant, condescending, blowhard jerk, but turns on the charm when voters are near. Beth suffers through his façade, wondering why others cannot see through it. Does this sound like any politician you’ve ever heard of?
What type of challenges did you face while writing this book?
Not just this book, but the Beth Bowman series. When I decided to write a female protagonist, I promised myself I wouldn’t simply write a male in a pants suit. There are too many of those books on the shelves already. If I couldn’t write a believable female, I’d chuck the whole idea. I’m fortunate to be in a critique group with four women, so I challenged them to keep me on track. If I wandered, they should give me a figurative slap and push Beth back into femininity. They accepted me at my word and were quick to let me know when I let the voice and/or actions become too masculine. In fact, you could say they enjoyed correcting me. So, my major challenge was to portray Beth as a woman. The reader will have to decide how successful I was in fulfilling the challenge.
Did your book require a lot of research?
Not really. Yes, there was some research required to ensure accuracy, but overall, living in South Florida prepared me for most of what would have needed to be researched if I were writing another location. The climate, the roads, the personalities, even the homeless are a daily part of life. Some of the research for Best Defense carried forward into Dating Death, things such as bra holsters, derringers, and other purse-sized guns. The characters are figments of my imagination, loaded with the characteristics of my images of them.
How do you keep your narrative exciting?
I don’t want to read a dull book. In fact, I will not. If the author can’t keep me engrossed, I put the book down to never be revisited. That’s my drive to keep my narrative exciting. Since in my world, writing a book is the same as reading one, meaning I never know what is going to happen next, there must be excitement around that blind corner I’m turning. If not, I stop and rewrite it. If the material doesn’t interest me, it won’t interest another reader. In the past, I have put books aside — my stories — simply because they lost that magic excitement factor.Many writers experience a vague anxiety before they sit down to right. Can you relate to this?
No, I cannot. I begin each book with a feeling of excitement. A story has appeared in my head, and I feel compelled to write it. It might have come from a news report, something I overheard, a happening in my life, anywhere, but at that moment, it is mine, and I must write about it. For example: Recently a lowlife hacked my email account and sent out emails in my name. After taking the necessary actions to stop it, I realized there was a story idea. Somewhere in a future book, a lowlife hacker will get what he deserves. I can hardly wait to get into it and write that scene.
How do you celebrate the completion of a book?
Writing The End is an exciting moment. Since I edit as I go, I know that I am almost finished with the story. Almost, because it will get at least two more edits by me, plus whatever the critique group does. But I still sit back, grin, give myself a figurative pat on the back, and ask what’s next.
If I haven’t been captured by another compelling idea for a novel, I take on a short story. During the year of turning out an 80,000 or so word manuscript, it’s easy for me to drift away from some of my “rules” of writing fiction. It’s easy to get too wordy. Writing a short story forces me to write tight, to make every word count. By the time I finish a short story or two, I’m ready to go back and edit the novel.
George Orwell once wrote: “Writing a book is a horrible, exhausting struggle, like a long bout of some painful illness. One would never undertake such a thing if one were not driven on by some demon whom one can neither resist nor understand.” Thoughts?
In many ways, I can identify with this. With each of my books, there has come that time when I questioned why I was doing it. Writing is a solitary, lonely existence. My wife is in another room, and I’m here pounding the keys. Then, of course, there is the nagging questions, “Will anyone ever read this? Will anyone care?” I have so many unknowns as I plow forward that the smart thing would be to quit. Yet, in Orwell’s words, there must be “some demon one can neither resist nor understand.” If not, why punish myself so? But I haven’t quit yet—and probably will never quit. I’ll keep facing that “demon.”
Cover art and photo published with permission from the author. Originally published in Blogcritics Magazine.
Confessions of an Eccentric Bookaholic posted at 3:37 AM