Book Feature: The Vicar's Frozen Heart, Lions in the Garden and Her One True Love 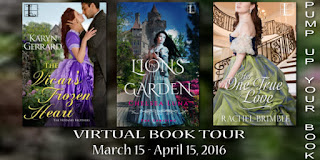 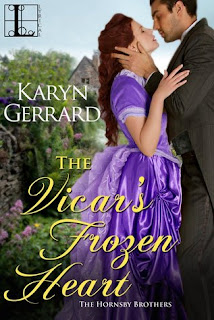 His heart begins to heal…

He gave her shelter from the storm, nursed her back to health, just as any good man might do for a damsel in distress. But Tremain Colson is more than just a small town vicar performing a gallant duty. He’s an ex-soldier whose spirit has been ravaged by war, a nobleman hiding his aristocratic heritage. Yet despite his secrets, he cannot help but feel drawn to the fallen beauty and soon asks her to stay and care for the orphan in his charge…

And hers is lost…

Disgrace sent Eliza Winston out into the world, a governess in ruin. But once she finds herself in Tremain’s home—and in his bed—she realizes her handsome rescuer is the one in need of healing. No sooner does Eliza thaw the vicar’s heart than she realizes her own is in danger. For Tremain is not only the man she dreams of marrying, but a blueblood whose noble birth makes him an impossible match….

Karyn Gerrard lives in a small town in the western corner of Ontario, Canada. She whiles away her spare time writing and reading romance while drinking copious amounts of Earl Grey tea. A multi-published author with a few bestsellers under her belt, Karyn loves to write historical and contemporary romances. As long as she can avoid being hit by a runaway moose in her wilderness paradise she assumes everything is golden. She has been happily married for a long time to her own hero. His encouragement keeps her moving forward. 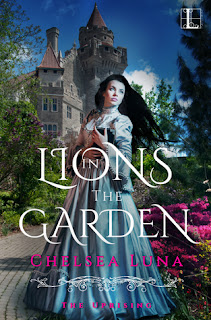 Ludmila Novakova--Mila--has barely set foot outside Prague Castle in her seventeen years. But with the choice between braving the bandits and wolves of Bohemia's uneasy roads or being married off to a disgusting old baron, she's taken what she can carry and fled.

Escape won't be easy. Even Mila has heard the rumors of a rebellion coming against the court. The peasants are hungry. The king hasn't been seen in months. Mila's father, the High Chancellor, is well known and well hated.

But Mila can't sit behind a stone wall and let fear force her into a life of silk gowns and certain misery. Her mother's death has taught her that much. She has one ally: Marc, the son of the blacksmith. A commoner, a Protestant--and perhaps a traitor, too. But the farther she gets from the castle, the more lies she uncovers, unraveling everything she thought she knew. And the harder it is to tell friend from enemy--and wrong from right . . .

Chelsea Luna is the author of over eight novels and counting, including two bestselling young adult series — the New England Witch Chronicles Series (4 books) and Love & the Zombie Apocalypse Trilogy.  Chelsea received a Juris Doctorate from New York Law School in New York, New York in 2007, and a B.A. in Sociology, with a concentration in Criminal Justice, from the University of Tennessee in 2004. 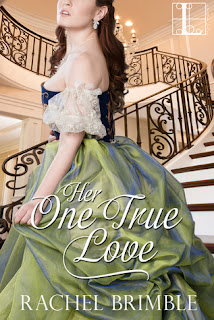 She Can't Forget Him…

Jane Charlotte Danes has loved the squire of her idyllic country town for as long as she can remember. He is good, kind, and alluring beyond words… and he chose to marry another. Tired of dwelling on her futile longings, Jane plans a move to Bath, where she dreams of a new beginning. But the man who has so imprisoned her heart is only a few steps behind…

He Can't Let Her Go…

Until now, Matthew Cleaves has endeavored to meet the responsibilities of his position with dignity and good spirits--including his dutiful marriage. But when his wife leaves him for another man, Matthew is at last free to pursue his one true love. Only one vital question remains: will the captivating, stubborn, beautiful Jane allow him the challenge, and the pleasure, of winning her back?..

"An entertaining read." --Library Journal on The Temptation of Laura 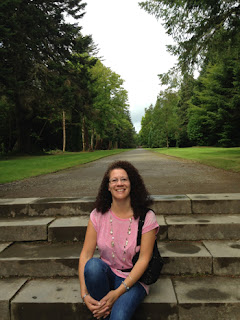 Rachel Brimble lives with her husband and two young daughters in a small town near Bath in the UK. Since 2007, she’s had several books published with small presses as well as securing her first contract with Harlequin Superromance in May 2012, and a two book Victorian romance contract with eKensington in August. Rachel is a member of the Romantic Novelists Association and Romance Writers of America.When she isn’t writing, you’ll find Rachel with her head in a book or walking the beautiful English countryside with her family. Her dream place to live is Bourton-on-the-Water in South West England. And in the evening? Well, a well-deserved glass of wine is never, ever refused…