I am a Christmas freak. There, I admitted it. I LOVE Christmas! One of the fun things I like to do around Christmas is read my favorite seasonal titles. At this point, I only get to read one a year, but sometimes I can sneak in two. Here is a list of my top five seasonal favorites. Let me know if you have heard of any of them.

The Santa Letters by Stacy Gooch-Anderson
This book tells the story of the Emma Jensen, who struggles to cope with the sudden loss of her husband, William. She is in such despair, she can barely hold it together for their children.
Then the first Santa letter arrives with promises of gifts and instructions for activities that will teach the family the true meaning and gifts of Christmas, giving them hope as they prepare to celebrate the Savior’s birth.
The Santa Letters is a heartwarming story that is not to be missed. You should probably have a box of tissue on your nightstand.

The Christmas Chronicles: The Legend of Santa Claus by Tim Slover
It would be difficult to imagine Santa without a little bit of Christmas magic. The Christmas Chronicles tells the story of Klaus, whose parents died when the Black Death came to their village in 1343. Little Klaus is adopted by the Worshipful Guild of Foresters, Carpenters, and Woodworkers, where he becomes a master at his craft. His work is well-sought after and his generosity leads to his sharing his toys with children at Christmas.
This is how I described the story in my review: “It is an adventure, an inspiration, and a love story blended together with many of the symbols we have come to associate with Santa Claus and Christmas.”
This is a beautifully told story.

A Christmas Carol by Charles Dickens
As prevalent today as it was when first published, miserly Ebenezer Scrooge from A Christmas Carol has an amazing transformation. He hates everything about Christmas shows his employee, Bob Cratchit, no compassion or mercy. One evening he is visited by the ghost of his former business partner and the Ghosts of Christmas Past, Present and Yet to Come, who show him he must change his ways.
What I believe is even more astounding than Scrooge’s transformation is that the author is able to take a despicable character and create in the reader’s heart a degree of sympathy for the old man who was hardened by loss and suffering.

On Strike for Christmas by Sheila Roberts
This book is downright hilarious, even though I feel it addresses an important and serious issue: getting help from your spouse.
Joy and some of the other wives in their knitting group feel their husbands don't appreciate the time and effort that goes into making Christmas special. They are sick and tired of not being able to enjoy the season and fighting to get their husbands to understand they need some help.
When Joy goes on strike, she is amazed at how quickly the idea snowballs. The women from her knitting group join her. Then the local newspaper picks up the story. The town of Holly is soon in the middle of a holiday war with men and women choosing sides.
But On Strike for Christmas is more than a book about a battle between the sexes. It is about love, understanding, compromise, and friendships. The story was turned into a movie in 2010—which I haven’t seen because I am afraid any storyline changes will bug me. I think this story is perfect just the way the author wrote it.

How the Grinch Stole Christmas by Dr. Seuss
It would be unthinkable if a children’s author didn’t have at least one children’s book on her list of seasonal favorites. I have loved this story since childhood and my girls love it too. We watch the original movie from the 1960s when it’s on TV every year.
The mean, old Grinch doesn’t like Christmas, so he tries to steal it. When the Whos down in Whoville wake up Christmas morning without decorations, presents, and all the yummy fixings, he’s sure he will hear them all the way up on his mountain crying “Boo Hoo.”
So, imagine his surprise when the sounds of joyful singing reach his ears on Christmas Day. Not only is it wonderful to witness the Grinch’s transformation, from this book we also get one of the most profound quotes from any picture book ever written:
Then the Grinch thought of something he hadn’t before!

Seasonal stories can touch our hearts, make us laugh, and remind us of the magic of Christmas. I hope you’ll share some of your favorites.
Wishing you and your family a blessed Christmas season. 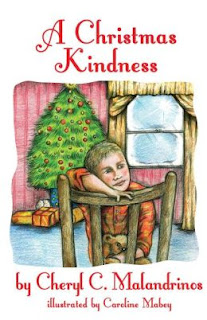 Eight-year-old Robert is eager to share his wish list with Santa at the mall on Christmas Eve. When he meets Glenn, who has only one request for Santa, Robert is confused over what he should do. Can he cast aside what he wants and ask Santa to bring his new friend a special gift? 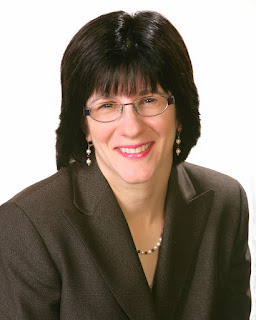 Cheryl Malandrinos is a freelance writer, children’s author, ghostwriter, and editor. Her children’s books include Little Shepherd (GAP, 2010) and A Christmas Kindness (4RV, 2012 & 2014). She is also a book reviewer and blogger. Ms. Malandrinos lives in Western Massachusetts with her husband and two daughters. She also has a son who is married.
You can visit Cheryl online at:
Website: http://ccmalandrinos.com/
Twitter: https://twitter.com/ccmalandrinos
Facebook: https://www.facebook.com/Cheryl-C-Malandrinos-170542359697682/

Confessions of an Eccentric Bookaholic posted at 2:49 AM